Patch: Are people talking about this?

When working on a Design Sprint at Patch, I realized that our reply counts do not consider the population of the Patch edition in question.

Skip this next paragraph if you understand Patch.com's notion of "Patches"

Context on Patches: At Patch.com, we have a unique setup where we are running over 1200+ different editions that we call "Patches." Each Patch is a neighborhood or whole city. The population in a Patch community ranges from thousands to millions.

So when a piece of content receives X number of comments by Y users, the impact of that count is missing the context of the total size of that Patch community.

NOTE: all the following designs are rough explanations of the concepts we're exploring and not intended as final, UI polished designs [1]

Are people talking about this?

Let the volume of a circle represent the scale of the Patch community engaging in the discussion. Here are three cards with article headlines and circles representing the volume of discussion: 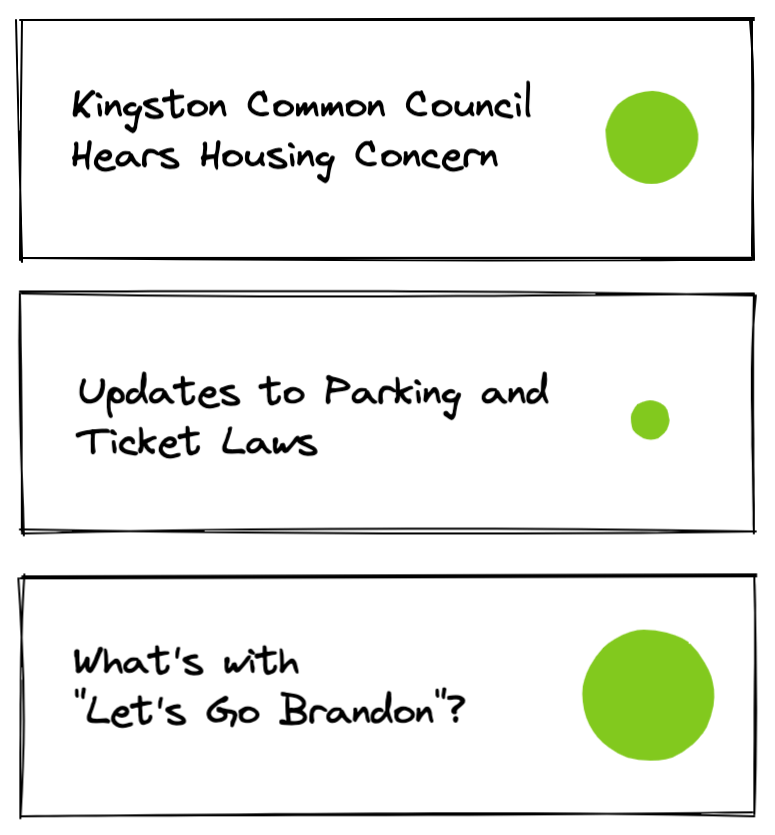 We don't have a sense of how big this is if we don't know the extremes. What would the size of the comment bubble be if every single user in the Patch community was involved? Is this story getting the mean number of comments or more or less?

Let's mark the total possible size by a boundary. The volume of the Patch community engaging in the discussion will vary within this boundary.

We now have a sense of how much of the community is involved in the chat. But is this story getting the average number of comments? Or more? Or less?

Let's mark the boundary of the average community engagement.

We now can see when a conversation is trending below, at, or above average.

Preferred Emphasis: I'd argue that if you had to choose between knowing what percentage of the community is here? VS is more than the average community engagement happening here? that most people would be more interested in the latter.

Dynamic average: What's particularly neat about this is that we could dynamically update what "average" is. So when the average engagement changes, our UI will keep pace. My mate, Howard Jing pointed out that we should consider storing the average over time so that rendering past averages where the community size was different still render hostorically accurate.

Simple scaling: If you show an engagement UI all over your site, you'll have to the optics. On an average day, you don't want your site to look empty. And as a site owner, you want to be honest with your users. So with a UI that shows engagement relative to the average, you can be honest with your users and have the UI seem full on an average day.

Bringing this back to our article cards 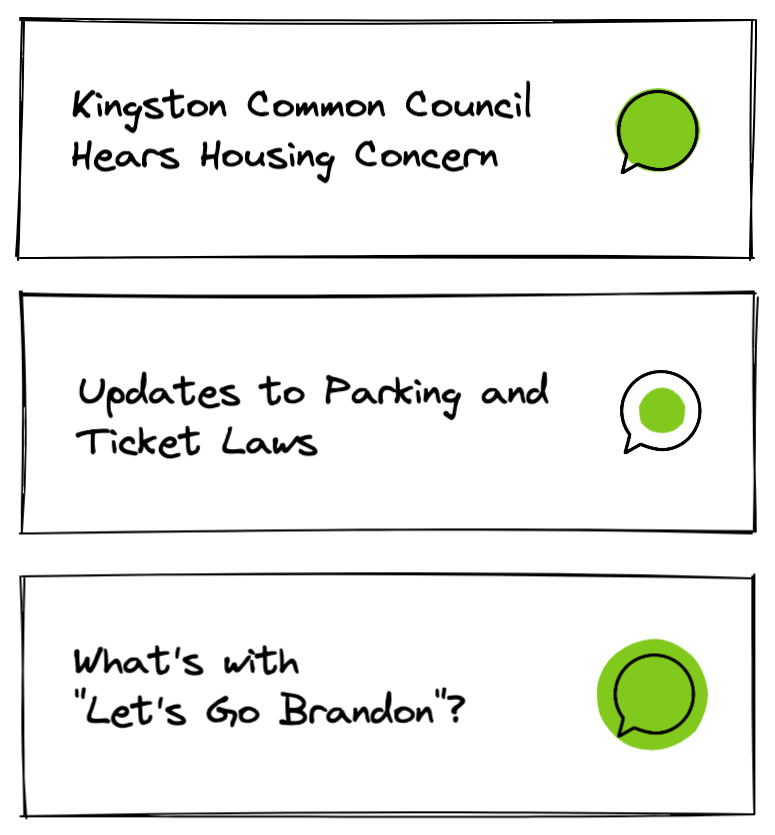 Are there other dimensions of the discussion that we might want to signal?

Velocity: Perhaps we want to show the speed of the discussion. Put a 🔥 emoji on it?

Length: Perhaps the discussion is full of particularly thoughtful, long comments. Put a 📖 emoji on it?

Author: Perhaps the author of the piece weighs in on the discussion. Put a ✍️ emoji on it?

Compassion: Perhaps the AI analysis of the discussion is constructive and supportive. Put a 💚 emoji on it?

Here are those badges on our article cards: 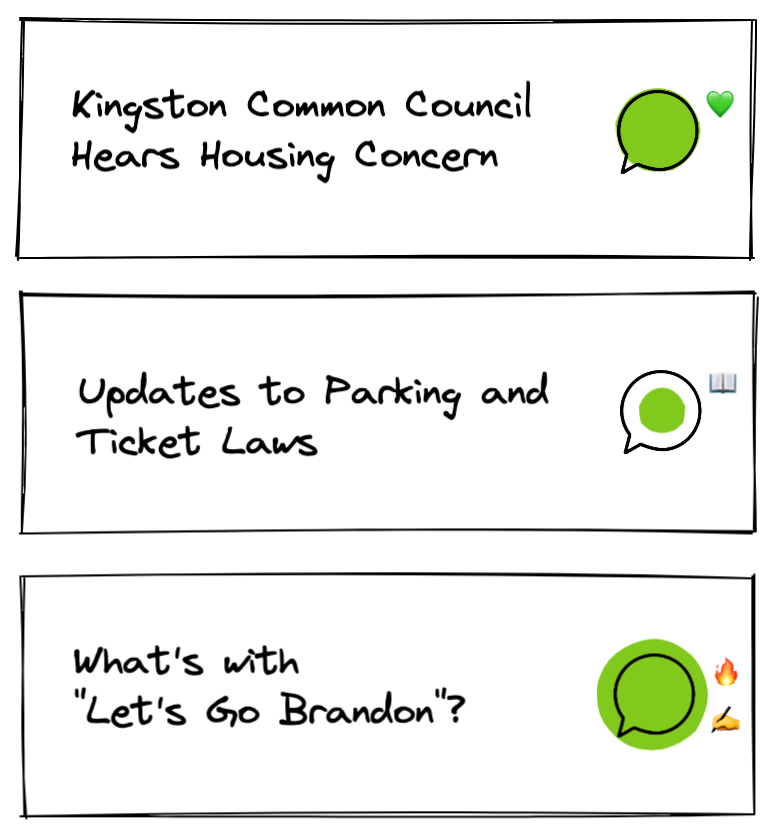 Another mate, Brian Reidy asked how a user would know if a post was new or if the post just wasn't being discussed?

Here's a cute way to show that:

The 🐣 badge shows when the post is new and goes away when the post reaches a certain age, perhaps the average time it takes for the first comment?

Both average and total?

You could try to show engagement relative to both the average and the total possible, but it becomes a UI challenge: